Marquise Lightfoot aka Franchise TYG dropped his single “Ice On Me” Remix and has dominated the charts since release. Even though the song was released in 2019, it wasn’t until September and October of 2020 that fans started to obsessively stream and listen to the track non-stop. “Ice On Me” features former RCA Records artist, Rory Fresco and is on the verge to 1 million streams on Spotify. Franchise TYG stated, “I peaked at #19 on iTunes in the Hip-Hop/Rap genre and that’s when I really started to pay attention.” The Washington D.C. artist is currently working with Casiino Smooth, CEO of Paradym Music Group LLC to plan, develop, and create a treatment for the official music video for the hit song. 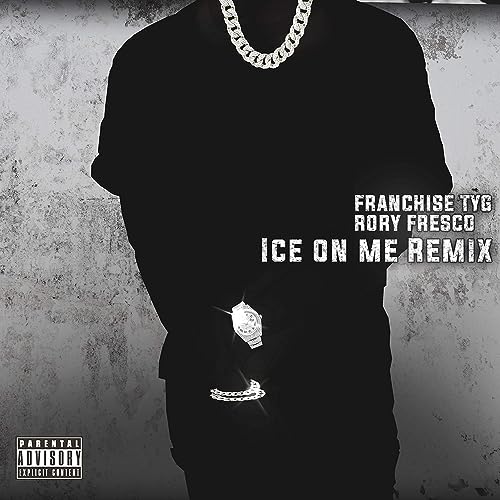 The rapper has many forward-thinking ideas since achieving an important milestone in his music career. “I plan on starting a music label for artists in my city and help them understand the music side and the business side of things,” Franchise TYG said. His latest big record has indie blogs diving into his personal and past life, but Franchise TYG mentioned that he only wanted to focus on the positive and less about previous court cases. You can follow him on all social media platforms here: @FranchiseTYG.

Washington, D.C. artist Franchise TYG has had two records to dominate the iTunes charts in the Fall of 2020. His records “Ice On Me” and “Ice On Me” remix featuring Rory Fresco have secured the 19th and 20th spot on the iTunes Hip Hop/Rap charts. Travis Scott’s single FRANCHISE feat Young Thug and M.I.A. is number 24 on the charts only 4 spots under Franchise TYG.

“I never thought the song would be this much of a hit, so I put together a GTA Music Video for the remix. I’m working with Paradym Music Group and Casiino Smooth to help create the treatment for the official music video of this remix,” says Franchise TYG.

Listen to the track on iTunes, Amazon and Spotify.