For the NFL’s 100th season, New Era Cap launched its 2019 Official NFL Sideline Collection, which is inspired by decades past. The dope lineup of caps reference the decades each NFL franchise was established, so sporting one of these is a serious flex.

The drop includes designs dating back to when the League was first introduced in 1919 and then spans across the decades. Every period is characterized by distinctive design features, from piping to the materials used, and the collection does a great job of using these references.

The New Era 2019 Official NFL Sideline Home Collection includes a range of styles, like the 59FIFTY® fitted, Low-profile 59FIFTY® fitted, 9FIFTY® snapback, 39THIRTY® stretch fit, and women’s 9TWENTY®. These caps feature the year the team was established on the right side of the caps. But if you’re looking for something more streamlined, check out the New Era 2019 Official NFL Sideline Road Collection. These caps feature your favorite team’s logo on the front of the cap as well as the established year on the right side. These caps come in the same range as the Home Collection with the addition of the Visor model.

For a more detailed breakdown of each period, keep reading. 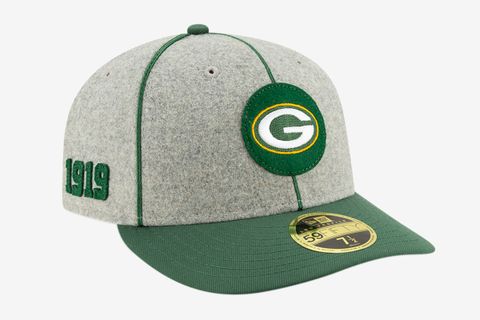 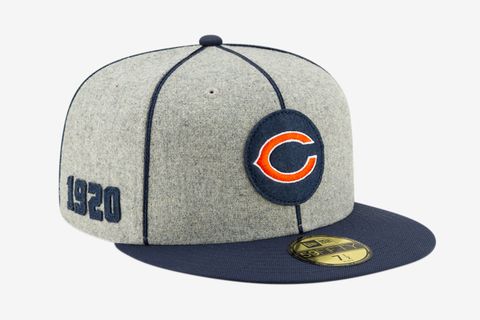 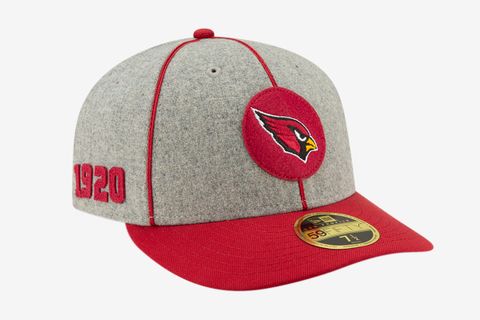 A distinctive feature of the caps from the ’10s and ’20s is the melton wool construction that was used across all of New Era’s silhouettes. These caps also used piping across the crown, and used the team’s color on the visor to visually communicate the wearer’s allegiance. Teams from this decade include the Arizona Cardinals, Chicago Bears, Green Bay Packers, and New York Giants. Another detail are the patch logos made of felt that were embroidered on the front of the caps. 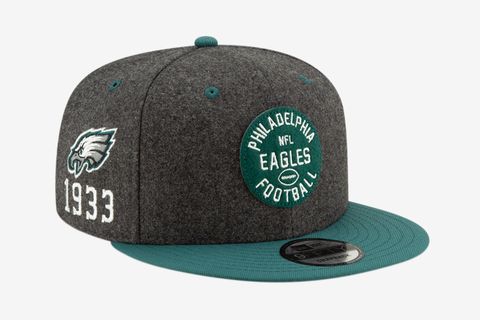 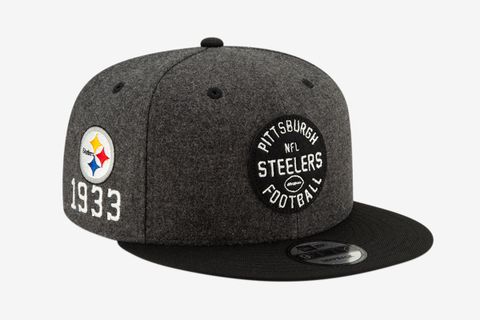 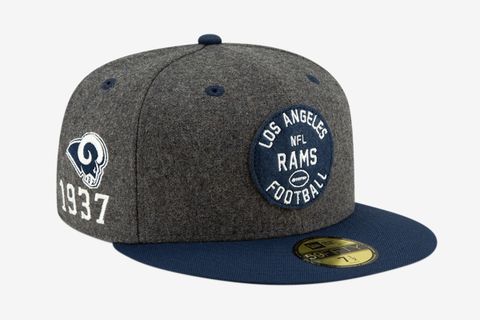 The melton wool from the previous period remains throughout the ’30s to the ’50s, but are treated in darker colors. The logos are moved to the right side of the hat and the year the team was established is a detail that’s added. Teams include the Cleveland Browns, Detroit Lions, Indianapolis Colts, Philadelphia Eagles, Pittsburgh Steelers, Los Angeles Rams, San Francisco 49ers, and Washington Redskins. 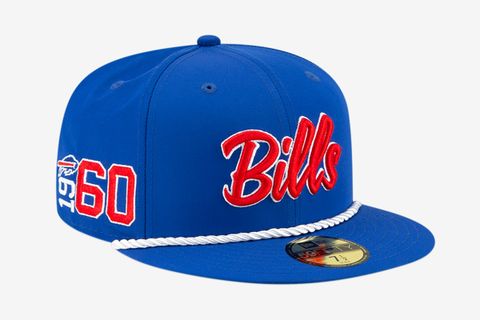 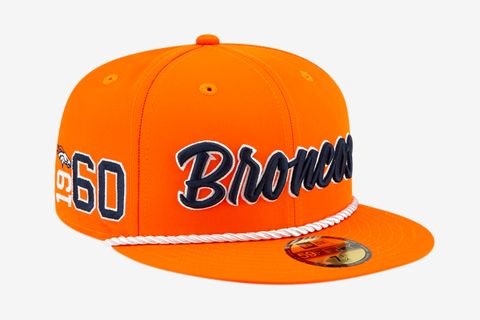 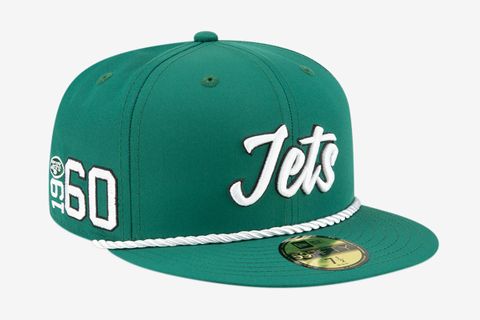 This set takes inspiration from popular styles in the early ‘60s, like retro script fonts and woven rope detailing on the brim, and brings them into the modern day. Former Buffalo Bills coach Lou Saban and Marv Levy were particularly fond of the simple script design and helped lead the team to consecutive AFL championships in 1964 and 1965. Celebrate your team just like they did back then with clubs including the Buffalo Bills, Denver Broncos, Kansas City Chiefs, Los Angeles Chargers, New England Patriots, New York Jets, Oakland Raiders, Tennessee Titans, and the Minnesota Vikings. 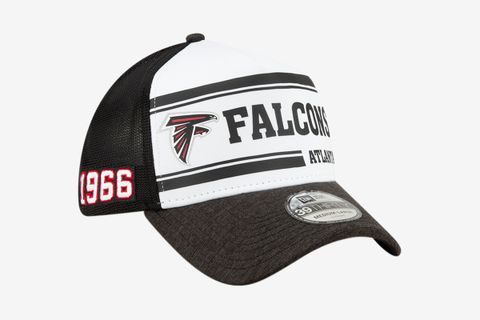 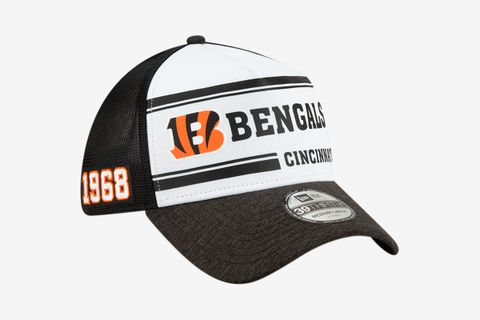 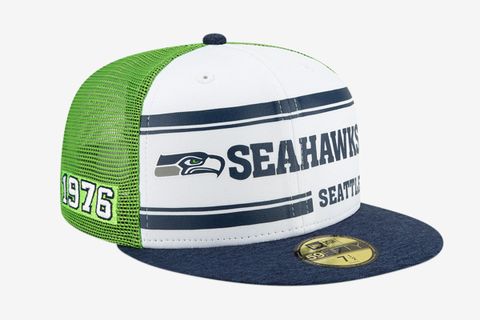 By the time the late ‘60s and early ‘70s rolled around, mesh trucker hats and screen-printed graphics dominated headwear because it was a great way for brands to get their products noticed. The hybrid foam and mesh caps make them super breathable, and this design was actually reworked from an original archival New Era trucker style. Jim Wannemacher, New Era’s brand historian, unearthed the OG design from an old New Era catalog and resurrected the style as an homage to their earlier relationship with the NFL. Teams featured in this decade include the Atlanta Falcons, Cincinnati Bengals, Miami Dolphins, New Orleans Saints, Seattle Seahawks, and Tampa Bay Buccaneers. 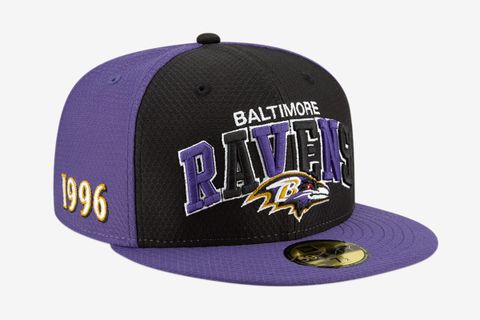 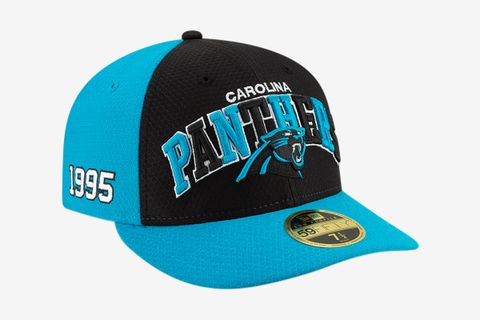 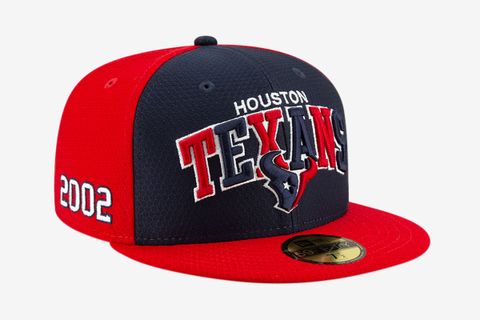 One of the biggest trends in sportswear in the 1990s was the popularity of Starter jackets. The golden age of hip-hop helped propel the bold, color-blocked apparel into the realm of mainstream must-haves, all while letting everyone know which team you repped. Just like the Starter apparel of yore, caps from these decades offer alternate color blocking on each team logo as well as pinwheel color blocking on individual panels. The remaining franchises included in this period are the Baltimore Ravens, Carolina Panthers, Houston Texans, and Jacksonville Jaguars.