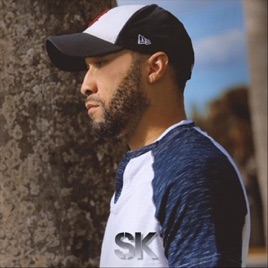 Stanley Walker is a songwriter who performs Inspirational Music as Stanley Keith. Stanley’s hometown is located in Marion County, Tennessee.

There he was raised to love Christ in his grandfather’s church. He sang weekly in the choir and practiced playing the piano. His love for music drove him to be a self taught drummer by the age of 13.

In the late 1990s he began his quest to become a songwriter within the music industry. He wrote poetry, and sold personalized poems to troubled couples. As a rap rock artist, Stanley Keith was discovered in the early 2000s by a Hungarian label doing business out of Los Angeles. There he built relationships with industry personalities like Mike Rogers of Warner Brothers, who is known for the sound behind the film, “Shawshank Redemption.”

Stanley Walker is currently living in South Florida, where he is working on a LP. He has released some singles that are trending on Apple Music, Amazon and over 99+ platforms across the world.